(UPDATE) Carlos Yulo gave the Philippines its first gold medal in the world artistic gymnastics championships when he topped the floor exercise of the competition in Germany on Saturday.

The youngest competitor in this year’s event at 19, Yulo took the title with a winning margin of just 0.1 point ahead of silver medalist Artem Dolgopyat of Israel, while China’s Xiao Ruoteng claimed bronze at Hanns Martin Schleyer Halle in Stuttgart.

Raising the degree of difficulty from 6.2 to 6.5 paid dividends for Yulo as he outperformed Dolgopyat, who came into the final as the top qualifier.

Based in Tokyo, Yulo improved on last year’s bronze medal, which made him the first Filipino ever to occupy a podium spot at the championships.

Russia’s all-around champion, Nikita Nagornyy, blew the chance to win a second gold in 24 hours after picking up a 0.3-point penalty to finish sixth. 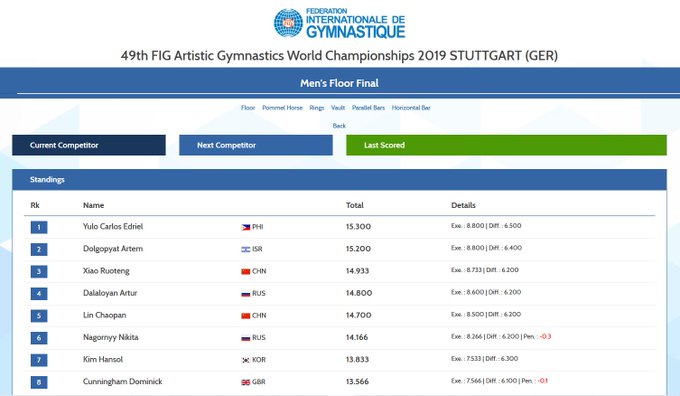 Yulo is on a hot streak of personal feats this week.

The 19-year-old punched a ticket to the 2020 Tokyo Olympics when he ranked high enough in the men’s individual all-around competition on Monday.

Then, performing against the world’s elite, he finished 10th in the competition’s final on Friday.

The floor exercise is considered Yulo’s strength, and with his victory over the weekend he also strengthened his reputation as a favorite in the Southeast Asian Games.

—With a report from Reuters

How to Stay Motivated When You’re Not Getting a Raise

Credits: As posted from ‘The Muse’ Dahil patapos na ang...